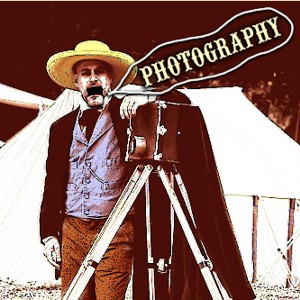 Vis-su-al Lan-guage - noun ( vi-zhe-wel lan-gwij )
Previously we discussed photographic language as a series of industry specific definitions that make communication among peers easier to comprehend (Your photographic language, part 1). Through the use of clearly defined terms we can understand lessons and concepts that deal with photography effectively making conversation easier.

The other side of the coin is what is termed visual language and that is a much tougher language to learn. Visual language does not deal in words that have clearly defined definitions. It deals with impalpable concepts such as mood and feelings and perceptions. It is the mastery over this language that defines the true artist and separates them from the novice. But what is this visual language and how can we learn it?

First let me give you the bad news... some artists spend their whole entire lives trying to understand it. Ansel Adams spent a large portion of his life trying to define it. Anne Geddes honed it into financial success. Annie Leibovitz pushed its boundaries, raising the bar on future fashion photographers... and I'm only in the "A's" of famous photographers. The chance of you fully understanding it is slim to none without a lot of hard work. That is the one element all these artists have in common, but I digress.

We all have a certain amount of knowledge when it comes to visual language because it is part of our society. We are exposed to it on a daily level and from an early age. Here is a short, simple test to prove the point. Answer these questions without scrolling down for the answers;
Not the most comprehensive test, but it helps to illustrate a point. Do you have your answers? Are you sure?

"Pink" is not a gender, "blue" is not a temperature and "red" is not an emotion. If you answered "girl", "cold" and "anger" you passed the visual language test. These are associations we understand to be represented by those colors. If you stand a boy and a girl next to each other there is nothing "pink" about her that is not on the boy. Same goes with "blue" as a masculine color. Society has deemed that those colors be representative of those genders.

Here is an exercise in more complex visual thinking. Below is a short list of items. By themselves they are rather mundane, some are insignificant and many are commonplace. The first part of the exercise is to read the list one item at a time and visualize the item. We'll get to part two of the exercise after the list.
Now put all four elements together into a scene. Is the scene a happy one or a sad one? Is the scene full of people or a solitary figure? Is the train coming or going? What is the weather doing? Where is the suitcase in relation to everything else? What gender is the owner of the suitcase?

Amazing what our minds can do with a little suggestion. If your are a strong visual thinker you probably created a whole diorama around those four items. Now let's see how close I manipulated your scene. If I'm right, your scene is of a person the same gender as you who is feeling sad about leaving, possibly sitting on their suit case or holding it in a melancholic manner. They are alone on the platform of a train station on a rainy night.

If this is the scene you envisioned then you understand that a train symbolizes a journey, adventure, travel, communing to or away from your location, the exotic. A lamp post signifies illumination, lighting a path, loneliness, finding your way, guidance, isolation. A suitcase represents travel, ownership, possessions, displacement, journey, adventure, the unknown. A puddle is symbolic of childhood, depression, sadness, mischief, change.

Based on those predetermined associations I can guess that the majority of people reading this post will come to the conclusion I gave above. As for gender, we tend to project ourselves into our scenes. If you didn't come to the same conclusion don't worry. It doesn't mean you "don't get it", it could just mean you think further outside the box than others.

These examples just scratch the surface of what can be done with a strong knowledge of visual language. The nuances can be subtle, almost imperceptible when created by a true artist. But there is also an energy when done by someone who is exploring their voice. There is something to be said about blind exploration too, as long as you have the courage to explore.

Photographic language is further enhanced, or manipulated, by the technology itself. Processing and printing techniques further push the possibilities of expression. Through the use of photographic tools such as editing programs you can create visions not represented by nature alone. Imagination can step in to further the playing field. All this adds to and enhances your visual language. The key is to start developing that vocabulary.

This is done by studying other people's work. Not just photographers either. There is a lot to be learned from painters and film makers, sculptors and other visual artists. Begin by looking at the works of artists that appeal to you visually. Don't just look at their work but rather, see their work. Analyze it, take it apart, separate it into their basic components and put them back together. Try replicating it yourself and when you fail (notice I said when) don't give up. Try it again.

Before long you will start building a library of symbols that work and flow and create ideas and suggest concepts or evoke emotions. These will become elements in you palette when you start making images and not just taking them.