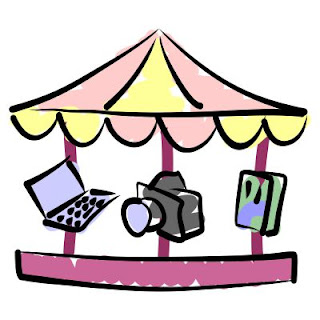 Canon's release of their entry level full framed camera, the 6D, was a heralded event that received its fair share of anticipation, trepidation and arguments. I for one was looking forward to its arrival as I was in the market for a FF sensor but couldn't justify the cost of a 5D or 1D. Plus the fact that they have more features than I really need.

When it came out I was one of the early buyers down at Milford Photo and before long I was unwrapping my new toy. Not soon after I discovered one of the hidden pitfalls of buying new gear; compatibility. In particular it was the compatibility with Adobe's Lightroom 3 which did not support the new 6D. "No problem," I thought, "I'll just upgrade to LR4." After all, the newest offering from Adobe promised some nice features I would appreciate.

And this is where I got on the merry-go-round.

Come to find out, Lightroom 4 is not compatible with my older version of my Mac's OS (10.5) which meant I would have to upgrade to 10.6 or greater. "No problem," I thought, specially since Apple only charges $20 for their OS (unlike Microsoft). When I went to upgrade the OS I found out that the actual hardware on my MacBook Pro was too old. My ten year old laptop had become obsolete and OS 10.5 was the max I could upgrade to.

I had no choice. I had to go shopping for a new laptop. I soon discovered that the price of laptops had skyrocketed and were now almost twice what I had paid for previously. On top of that, Apple had made some radical changes to their hardware and were no longer manufacturing that wonderful 17" screen. The new MacBook Pros also don't come with a CD-ROM because Apple, in their weird wisdom, is pushing cloud based technology. Aargh!

It looks like I had to make a return to Windows. Not a far stretch as I use Windows at work and most of my "good" software is Windows based. But still... it would have been nice as I had gotten really used to my care free, spam free, bug free Mac. Too bad Apple dropped the ball on this one.

So now because of my decision to get a new camera I ended up not only with the new camera but also with a new laptop, new software and an empty wallet. I also have the fun task of transferring all my stuff, backing up other stuff and weeding out even more stuff. I also think I aged some during this process.

In all I learned a very valuable lesson. Follow the domino trail to make sure you know where all the pieces fall. Unfortunately the trail isn't easy to see but with a little forethought it can help avoid costly errors.