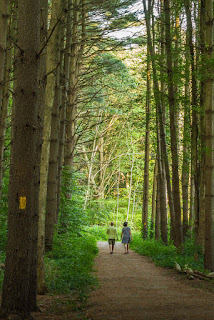 My first camera I ever owned was a Pentax K-1000. One of the best no nonsense film cameras ever produced that didn't kill your budget. I was a teenager then so money was tight. My favorite film to run through that camera was Kodak Tri-X black and white film that I developed myself in the bathroom sink. There was a great sense of accomplishment when that developed roll of film came off the spool to reveal all my hard won exposures. Then the long awaited anticipation as the film was sent out for printing.

That camera traveled with me on may hikes through the woods. A run off stream from the local reservoir ran along the property line of our back yard, providing a few miles of woodlands, a stream bed and plenty of solitude. It was my zen place. The world around me disappeared when I went into those woods.

It was always my goal, back in those early film days, to try to capture the magic I felt amidst the dappled light of the leaves and the slick wet stones of the stream. A goal that always seemed out of reach. 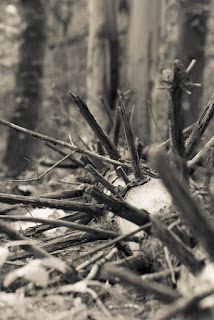 Photography was difficult for me to master to any point of consistency. There was a lot of trial and error and a lot of note taking too that never seemed to help as I could never replicate the situation I captured a month earlier. Once I did conquer exposure my thoughts of capturing those woods were dashed by the reality that every time I took a photo of that magical scene, the photo never lived up to the reality. My shots of the woods always came out boring, lifeless and convoluted with texture.

Trees have a natural ability to drown out the noise of the world and replace it with the sounds of nature. Photos can't quite capture that magic in a photo. Walking through woods affects all your senses, not just your eyes. There is a certain smell as well as that particular sound too. The musty leaves on the ground, the rich soil or the swampy areas all add to that sensation. Unless you've experienced it, you can't get that from a photo.

I am still enthralled by a wooded landscape. Hiking among the dense New England trees, a deep soft bed of leaves on the ground, instantly transports me to a quiet place in my mind. Today it's with a digital camera and even though I know a whole lot more about photography than I did as a teenager, I still find myself unable to capture that magic feeling. Not for a lack of trying.

Somehow I doubt I will ever be satisfied with any image I make on my travels through the woods. At least not ones that would match my feelings. I know, I've tried, and I'll continue trying. Maybe some day.

I'll leave you with this final shot, a landscape of my favorite boyhood haunt, the Shelton Lakes reservoir. 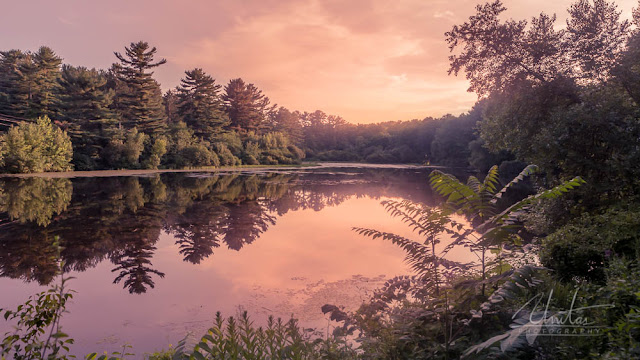 August 10, 2018
As online shopping grows, competition for new business gets harder. Customer loyalty is a thing of the past. People will shop for value and convenience above all else. Part of that convenience is good photography.

One of the problems with online retail is the loss of tactile interaction with the products you're looking to purchase. There is no picking up, weighing, testing and trying on a product to get a sense of quality, of fit or just to get that emotional feedback.

Online shoppers have to rely on the images retailers supply on their web sites to help them make their buying decisions. Frustratingly, many of these images fail to provide the needed information so customers can make an informed buying decision. The results is a loss of revenue to the seller, and what's worse is the seller may not even realize their images may be a major reason for the loss.
Sean Barger, CEO of Equilibrium, says there’s been a number of studies showing that people are more likely to buy a produ…
Post a Comment
Read More »