When to use HDR 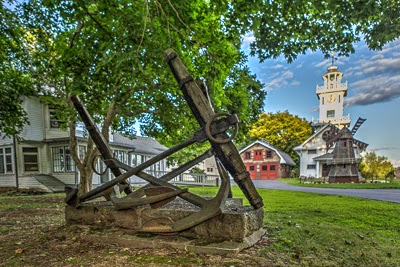 Recently I was in a conversation about exposure ranges and methods of extending them through the use of processing software, either through expanding on the RAW file or by tone mapping, otherwise known as high dynamic range or HDR photography. One of the question that came up that I'd like to answer here is, "how do you know when to use HDR?"

If you are unfamiliar with high dynamic range photography the image above is one example. In essence, high dynamic range utilizes a series of images captured of the same scene but with different exposures. It allows software to assemble, or tone map, a resulting image that contains an exposure range greater than the camera can handle with a single exposure. Let's take a look at what I mean.

The scene above contains a sculpture of three anchors. As you can see the anchors are situated under the shade of a tree. In the background are some buildings in open sunshine. The scene above is closer to how we would see a scene with our own eyes. That's the beauty of the human eye. We can discern so much more information, from bright light to deep shadow. Unfortunately a camera does not have that ability. 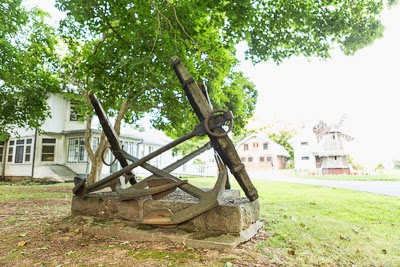 When we meter for a scene that extends past the exposure range of what the camera can handle we have to make a conscious decision as to what we want to keep and what we are willing to sacrifice. The obvious choice is to keep the subject and often we leave it at that. The image at left is a typical example of exposing for the subject. As you can see, the buildings in the background are washed out but our subject is looking really good. Sure, I got the subject but overall it's not a very good photo. Especially since I would have loved to have shown you those buildings in the background. Fortunately with a little pre-planning I can utilize current imaging technology to my benefit. 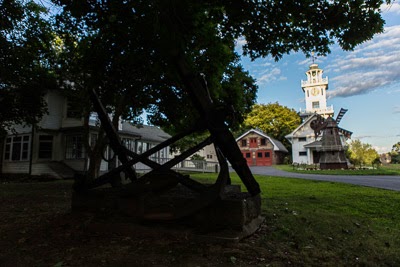 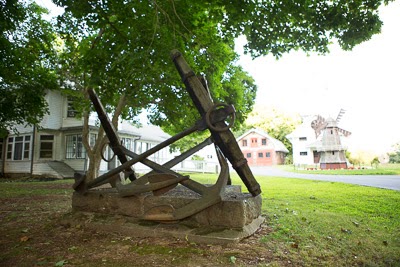 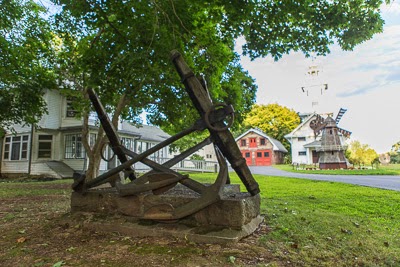 What do I mean by pre-planning? Pre-planning is simply analyzing the scene and creating a series of similar exposures of the scene but exposing for the various parts of that scene. In our example above one exposure would be for the bright sky, one for the deep shadows and a third for the mid tones. The three images at right shows an example of what is termed as a bracketed set of exposures. In this case it is an exposure bracket of three, all of the same scene and typically done using a very steady hand or the use of a tripod.

If the technique for assembly requires additional exposures you simply create some in between, five instead of three, seven instead of five. However, I would argue that you really are not gaining all that much by generating more exposures, but that's an argument that goes beyond the scope of this article. However, you can clearly see that one single exposure can not capture the full range, light to dark, that exists naturally in that scene. So this is a clear cut example of when HDR is of benefit. This is what HDR was designed to do.

As with any other tool, HDR has gone beyond the practical and and the technique of tone mapping has been used successfully with single exposure images as well as with scenes that do not have an exposure range that exceeds the capabilities of the camera. In these cases the use of HDR falls into the realm of artistic interpretation and is used to visually enhance an image, not unlike using Photoshop or other photo editing tool.

While this is a rather simplistic explanation hopefully it gives you a good introduction to a technique that is worth exploring. I wrote an article about two years ago regarding bracketing sequences. It's a bit outdated now since both software and hardware have gotten better, but it might still be worth reading.

Another article explains what dynamic range is.