A moment of embarrassment a lifetime of memories 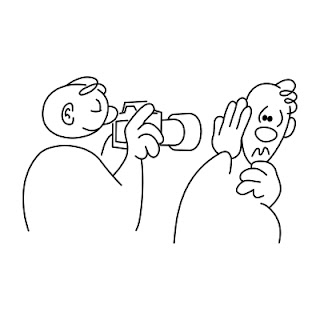 Anyone who has ever held up a camera to snap a photo of someone has heard these words;

"Put that camera down. I hate having my picture taken."

These, and other similar remarks, are usually followed with some desperate move to block, or otherwise obscure, the lens. The resulting image is a failed attempt at what could have been a nicer picture. All because the subject felt self-conscious or embarrassed by being in front of the camera.

The reality is that your picture is going to be taken. Most likely that image is going to be shared. Because of the (failed) attempt to avoid having a photo taken the resulting image is going to make you look terrible. Is this the kind of photographic legacy you want to leave behind? Remember, these photos may actually outlive you.